During my work with html5boilerplate long time ago next to the well-known “Robots.txt” I stumbled upon a file called "Humans.txt".
I’ve never heard of it before and if you haven’t either, this is the article you should read. I promise it won't be long!

Maybe you have a rough idea what “Humans.txt” is good for.
And you’re right!

The "Robots.txt" is for robots, but we swore an oath to fight against the machines, to prevent Terminator, Transformers and of course the Daleks. 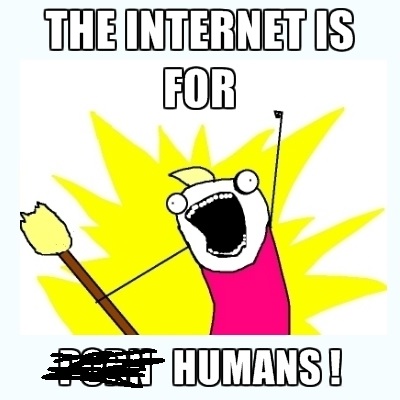 So our websites need such a file for humans as well. No need to tell more. The guys behind humans.txt just want you to give warm credit to the people behind a project.

Give it a try on your next project.

joking and choking about the IT business